Developed during the artist residency at Casa degli Artisti (Milano), the project “Garibaldi 99” focuses on archival materials and oral sources related to the cinema theatre situated in corso Garibaldi 99, Milano – a few meters from the residency location –, known as Garibaldi Cinema (1906-1962), Paris Cinema (1964-1989) and Multisala Brera (1994-2008). Running as a neighbourhood cinema, it was an important cultural and meeting place for local inhabitants. The socio-economical and urban changes stem from the micro-historical studies and value is given to the spectators’ memories and habits.
An installation aims to link together heterogeneous archival materials with layers of images, projections, sounds, and videos. The blow-up photographs and blueprints of the cinema from the 60s are overlapped and rolled on an iron stand. The sentence “Thus the silent dreams entered in the room” from Carlo Emilio Gadda’s short-story “Cinema” (1931) becomes a luminous trace projected in the room that revokes the primitive experience of movie-going. A story told by a spectator becomes visual material again in the video “fregüja”, which is related to the presence of a Motta shop and the consumption of sweets during the films. Five podcasts (“Piazzale Loreto”, “Marialuisa”, “Cinema Garibaldi/Paris/Brera”, “Fregüja” and “Gadda” the artist’s voice and excerpts of interviews reveal the research process. A grey binder contains fragments of books, documents from archives (particularly Archivio Civico Fotografico, Cineteca Milano, Cittadella degli Archivi), transcripts of interviews and podcasts, emails, and notes. In this way, together with archival sources, both the research process and the failed attempts are valorised showing the difficulties of historical investigation and restitution.

fregüia, or “crumb” in the Milanese dialect, is a single-channel video made during the residency at Casa degli Artisti for a project on the Garibaldi cinema’s memories collected through archival materials and oral sources. A spectator’s memory about the presence in the post-war period – at the dawn of Milan’s economic miracle – of a Motta store just a few meters from the cinema in corso Garibaldi is the starting point of the project: here, bags with scraps of snacks (called fregüie) were sold, and then consumed during the film. In the video, a Buondì, the first snack to be industrially produced in Italy by Motta since 1953, first wrapped in plastic, is passed through the hands of the artist and reduced to crumbs, until there is nothing left. In this way, a testimony linked to cinema becomes, in turn, visual material. On the one hand, it represents a cross-section of Italian history based on the production and consumption of packaged food; on the other, it is a metaphor for archival work, carried out from incomplete traces, scraps, crumbs. 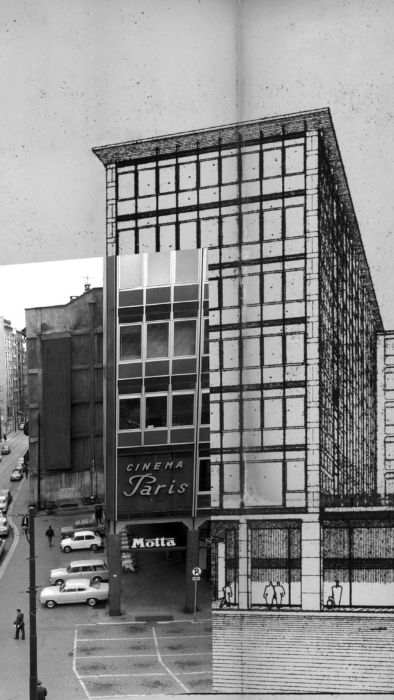 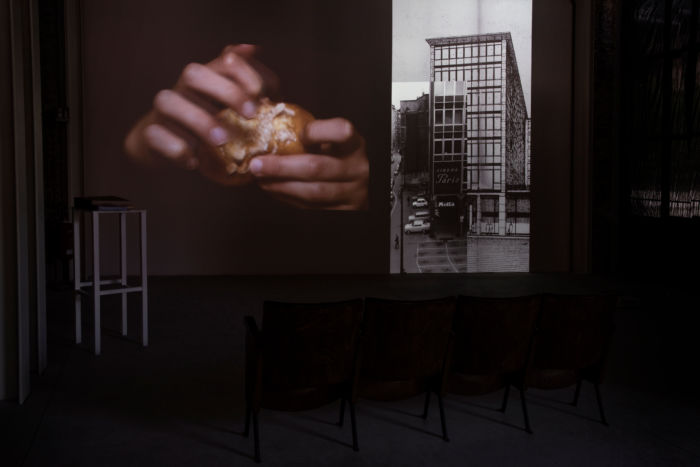